What’s Emotet?  It is one of the most infectious and costly viruses ever unleashed.  It was initially written in 2014 to steal banking information by intercepting internet traffic.   With the release of version 3, it now has the ability to brute force admin credentials and infect all systems on a network. It also opens the door for tons of malware […]

CHRIS HOFFMAN  @chrisbhoffman APRIL 18, 2018, 6:40AM EDT   When you click “Shut Down” on your Windows 10 PC, Windows doesn’t fully shut down. It hibernates the kernel, saving its state so it can boot faster. If you’re experiencing computer problems and need to reset that state, you’ll need to restart your PC instead. We’ve […]

Insider Threats – Someone in the organization either knowingly or inadvertently gives access to company data.  Viruses and Worms – These can wreak havoc on a network costing the business downtime, lost productivity and money  Botnets – Users unwittingly allow their computers to become part of a network that is used to launch Distributed Denial of Service Attacks.  The computers are commanded […] 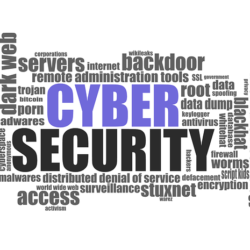 What is layered security ?   It’s a methodology to defend computer systems in layers rather than with just one source of security.   For a business, it should look like this:   ISP – At the Internet Service Provider layer, there should be some type of security built into what specific traffic they will allow in and out of their networks.  If your […]